Van Dijk: Liverpool’s my team and Anfield’s my home

Liverpool Van Dijk: Liverpool is my team and Anfield is my home Chris Burton Last updated 1 year ago 02:30 5/26/18 FacebookTwitterRedditcopy Comments(0) 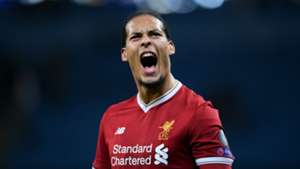 Laurence Griffiths Liverpool Real Madrid v Liverpool Real Madrid UEFA Champions League The Dutch defender made a £75m move to Merseyside during the January transfer window and is now readying himself for the Champions League final Virgil van Dijk has declared that “Liverpool is my team and Anfield is my home” after helping to transform the Champions League finalists following a big-money move in January.The Netherlands international moved to Merseyside for £75 million ($100m) during the winter transfer window, with Jurgen Klopp identifying him as the man to plug holes in a leaky defence.Van Dijk has proved to be an inspirational presence in the Reds’ defensive unit, with the club looking to complement a top four finish in the Premier League with European glory. Article continues below Editors’ Picks Goalkeeper crisis! Walker to the rescue but City sweating on Ederson injury ahead of Liverpool clash Out of his depth! Emery on borrowed time after another abysmal Arsenal display Diving, tactical fouls & the emerging war of words between Guardiola & Klopp Sorry, Cristiano! Pjanic is Juventus’ most important player right now The 26-year-old claims to already feel fully acclimatised to his new surroundings, with Real Madrid next in his sights as he seeks another clean sheet and a prestigious winners’ medal.Van Dijk told reporters ahead of a continental clash in Kiev: “I think from day one, the lads and the manager and the staff and everyone around the club and the people who work at Liverpool have made me so welcome and that helps a lot with settling.“Obviously the results help as well. But I think Liverpool is my team and Anfield is my home.“I love playing for this club and we’re in the Champions League final and we want to do it.“I think Liverpool as a club deserves to be in the Champions League year in, year out and hopefully that’s going to happen. But to be in the Champions League final now, hopefully we’re going to do it.”Van Dijk has graced the Champions League before during his time at Celtic, but he is relishing the opportunity to compete for the grandest of prizes after arriving at Liverpool.He added: “Obviously it’s very special for every one of us in the squad to be in the Champions League final.“I think everyone is looking forward to it since it happened and I think we just need to enjoy it, but give everything that we have and then hopefully in the end we can even enjoy it a little bit more.” Subscribe to Goal’s Liverpool Correspondent Neil Jones’ weekly email bringing you the best Liverpool FC writing from around the web

← Napoli: Jorginho on brink of Man City move
Conte: I’m a ‘disaster’ in the transfer market →